Join us to learn from the best and brightest health ecosystem leaders who share practical examples of how they have successfully built partnerships and collaborations with diverse stakeholders that lead to positive outcomes for their organizations, their patients, and the communities they serve.

The behaviors and competencies these leaders demonstrate form the basis of our Health Ecosystem Leadership Model (HELM™), a framework for how leaders generate cross-sector solutions to the healthcare industry’s most pressing needs by envisioning a new future, aligning diverse stakeholders, managing boundaries and obstacles, and continuously acting and learning. 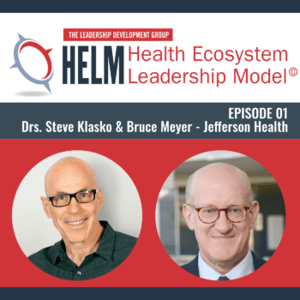 Steve Klasko is the President and CEO of Philadelphia-based Thomas Jefferson University, where through his transformative and visionary leadership, he has steered one of the nation’s fastest growing academic health institutions from three hospitals to 14 with annual revenues in excess of $5.1 billion. Bruce Meyer is Senior Executive Vice President of Thomas Jefferson University and President of Jefferson Health, serving as the organization’s clinical leader responsible for transforming Jefferson Health into a single, integrated system with a seamless and consistent patient experience. 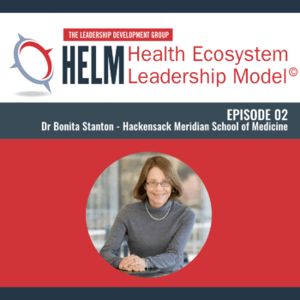 Dr. Stanton’s career has focused on bringing the healing and compassion of healthcare to the world’s most vulnerable and improving health outcomes for all regardless of race, ethnicity, socio-economic status or geographic location. She has consulted for numerous national and international agencies including the World Health Organization, the World Bank, UNICEF, Elsevier and USAID.

Rod Hochman, M.D., is the president and CEO of Providence St. Joseph Health, a faith-based not-for-profit health and social services system comprised of over 111,000 caregivers serving patients and communities in 50 hospitals, 829 clinics and hundreds of programs and services across Alaska, California, Montana, New Mexico, Oregon, Texas and Washington. Rod has been selected multiple times as one of the 100 Most Influential People in Healthcare and 50 Most Influential Physician Executives by Modern Healthcare. He is a board member for the American Hospital Association (AHA), chair of AHA’s Regional Policy Board 9 and vice chair of the board of trustees for the Catholic Health Association. Rod served as a clinical fellow in internal medicine at Harvard Medical School and Dartmouth Medical School. In addition, he is a Fellow of the American College of Physicians and a Fellow of the American College of Rheumatology. 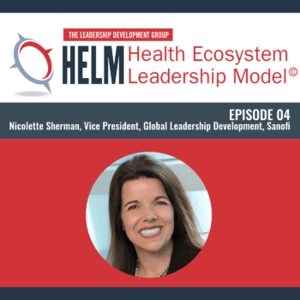 Nicolette is the lead for the Global Center of Excellence for Leadership and Executive Development for Sanofi Pharmaceuticals. She is responsible for leading a global team of 45 + resources to drive strategic initiatives for building leadership and managerial competency across the organization. Nicolette received her BA in government from Lehigh University, an MA in Political Science from University of Delaware, and an MA in Human Resource Management from Rutgers University. She serves on the Board of Trustees for Deirdre’s House in Morris County, has held leadership roles in the Boston Chapter of the Healthcare Business Women’s Association (HBA), and is a 2X PharmaVoice 100 honoree. 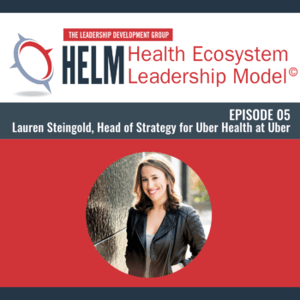 Interview with Lauren Steingold,
Head of Strategy for Uber Health at Uber

Lauren Steingold is the Head of Strategy for Uber Health at Uber – driving the company’s global efforts in the health space. She spearheaded the launch of Uber Health, Uber’s HIPAA compliant product that enables healthcare organizations to request or schedule rides of behalf of patients. For her work on this launch, Lauren was named on the San Francisco Business Times’ list of the Most Influential Women in Business in 2018. Prior to her role at Uber’s San Francisco Headquarters, Lauren helped launch Uber in Miami, Boston, and Rhode Island. Lauren led Uber’s on demand flu prevention campaign, where riders were able to receive a flu shot from a nurse in 2014, 2015, and 2016 nationwide. The initiative won an Immunization Excellence Award for Innovation at the National Influenza Immunization Summit in 2015. Before joining Uber in 2013, Lauren held roles at Allen & Gerritsen, an advertising agency in Boston, and the Institute for Healthcare Improvement in Cambridge. 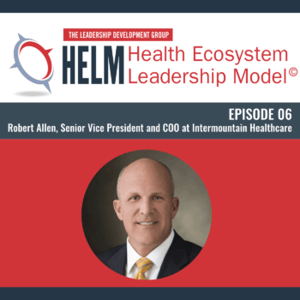 Robert Allen leads the transition to value‐based care, consistent with Intermountain’s mission of helping people live their healthiest lives possible. As SVP and COO, he currently leads teams of key leaders focused on healthcare delivery across the Intermountain Healthcare System. He is an accomplished healthcare executive with experience in Outreach, TeleHealth, Life Flight, Homecare, Clinical Support Services and Environment of Care Services. With over 25 years of leadership experience, Mr. Allen has served in executive positions at hospitals and health systems in Wyoming, New Jersey, Massachusetts, and Utah. He is a Fellow of the American College of Healthcare Executives, holds an MBA from Utah State University, and a bachelor’s degree in operations management from Brigham Young University. 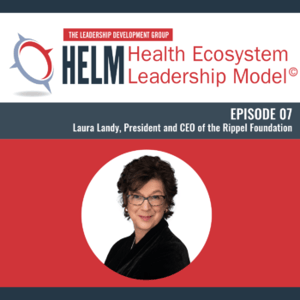 Interview with Laura Landy, President and CEO of the Rippel Foundation

Laura Landy is President and CEO of the Rippel Foundation and has guided the creation of ReThink Health and FORESIGHT: Designing the Future for Health, the Foundation’s two flagship initiatives. Rippel seeds innovations in health by working with national and regional leaders to better see and execute systemic approaches that can transform our current system – one designed for another time, and create opportunities for better health and well-being for all. ReThink Health works with well-positioned stewards beginning where they are today; FORESIGHT looks ahead at future trends and emerging ideas and how they can accelerate transformative efforts. Laura has nearly four decades of experience addressing changing dynamics in health, higher education, economic development, social services, and culture. Her professional career includes relationships with The Ford Foundation, Pfizer, New Jersey’s public health system, AT&T’s Bell Labs, the 92nd Street Y, Adelphi University, and others.  Laura has served in leadership roles in many academic institutions including creating the Institute for Nonprofit Entrepreneurship at NYU’s Stern School of Business, helping lead both NYU’s and Fairleigh Dickinson’s entrepreneurial centers, and serving as adjunct faculty at Columbia University and the New School. She currently serves on the Dartmouth-Hitchcock Health Board of Trustees and is a board member of Grantmakers in Health. Laura received her undergraduate degree from Washington University in St. Louis. She received her MBA from New York University, and is a Fellow of the New York Academy of Medicine. 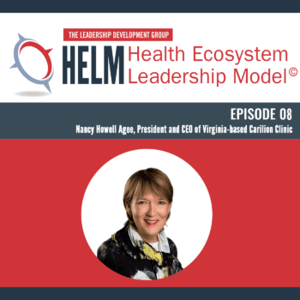 Nancy Howell Agee is President and CEO of Virginia-based Carilion Clinic, an integrated health system which serves more than 1 million. Carilion Clinic includes seven hospitals which employs over 800 providers. Prior to becoming CEO in 2011, Ms. Agee service as EVP and COO. During her time as COO, she co-led Carilion’s reorganization from a collection of hospitals into a full integrated, physician-led clinic. The reorganization resulted in a partnership with Virginia Tech to create a medical school and research institute, which has quickly garnered over $100 million in external funding. Ms. Agee has been recognized as healthcare’s 100 most influential people for the past four years by Modern Healthcare and currently services as past chair for the American Hospital Association. She was recognized by Virginia Business as Virginia Business Person of the Year in 2017 and named among the 50 most influential people in Virginia five years running. Last year, she was honored to be named the recipient of the Gail L. Warden Leadership Excellence Award in 2018. Ms. Agee holds degrees with honors from the University of Virginia and Emory University and honorary degrees from Roanoke College and Jefferson College of Health Sciences. 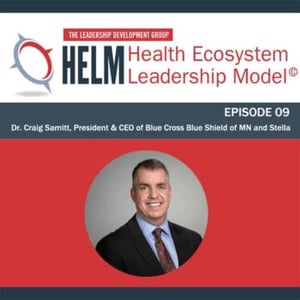 Dr. Samitt is the President & CEO of Blue Cross Blue Shield of MN and its parent company, Stella. He came to Blue Cross in July 2018 from Anthem, Inc., where he served as EVP and President of Anthem’s Diversified Business Group, and as Chief Clinical Officer. Dr. Samitt has led sequential health systems transformations, previously serving as President & CEO of HealthCare Partners and President & CEO of Dean Health System. Dr. Samitt received his undergraduate degree from Tufts University, his Doctorate in Medicine from Columbia University, and his Masters in Business Administration from The Wharton School. Dr. Samitt has been a nationally recognized expert and thought leader on health care delivery and policy. His record of collaborating across the health care system to deliver higher quality care at a lower cost led to him being named as one of the “50 Most Influential Physician Executives and Leaders” by Modern Healthcare in 2018. 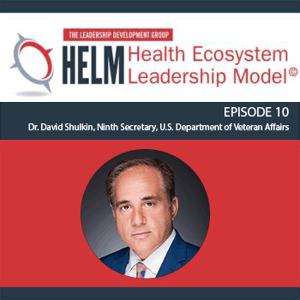 Dr. Shulkin’s new book  “It Shouldn’t be This Hard to Serve Your Country” was released October 22nd, 2019. The book details his fight to save veteran health care from partisan politics and how his efforts were ultimately derailed by a small group of unelected officials appointed by the Trump White House. In this uninhibited memoir, Shulkin opens up about why the government has long struggled to provide good medical care to military veterans and the plan he had to solve these problems. This is a book about the commitment we make to the men and women who risk their lives fighting for our country, how the VA was finally beginning to live up to it, and why the new administration may now be taking us in the wrong direction. 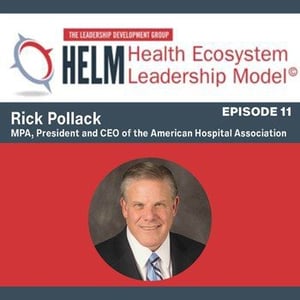 Interview with Rick Pollack, MPA, President and CEO of the American Hospital Association

Rick Pollack is President and CEO of the American Hospital Association, elected in May 2015, having served the organization for more than three decades. The AHA represents more than 5,000 hospitals and 43,000 members nationwide—and works to ensure that the perspective and needs of healthcare providers are heard and addressed in national health policy development. The association has been cited by numerous national publications as one of the most influential and effective advocacy organizations in Washington.

Rick has developed a sterling reputation for pressing the hospital group’s agenda on Capitol Hill and beyond. Under his leadership, the AHA launched AHAPAC, now one of the largest health care political action committees in the U.S., supporting congressional candidates who support hospitals and patients. Through his vision, the AHA also helped found in 2000 the Coalition to Protect America’s Health Care, a group of providers, businesses and other stakeholders dedicated to ensuring the financial viability of our nation’s hospitals from the threats of federal cuts in reimbursement for hospital payments.

Rick has been a leader in efforts to expand health coverage in the U.S., taking part in many broad-based national coalitions that ultimately led to coverage expansion under the Affordable Care Act. 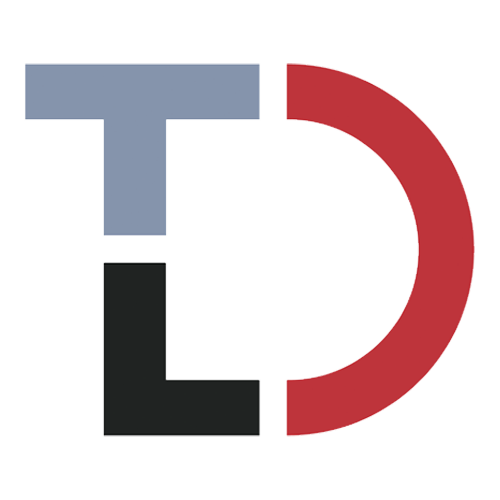 TLD Group partners with clients on the design and implementation of innovative and impactful leadership development solutions.